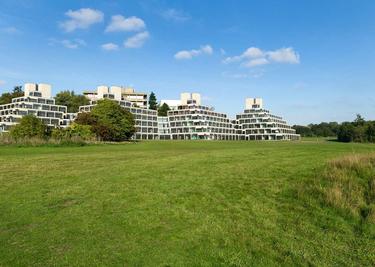 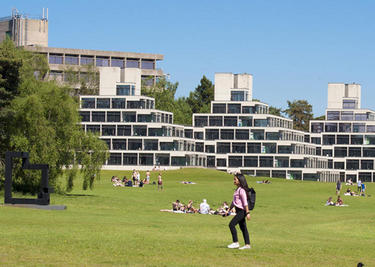 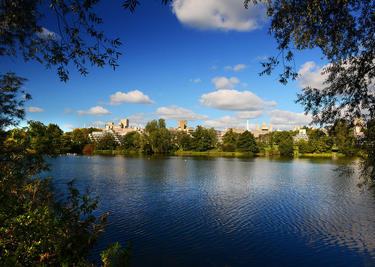 Run by 100 full-time staff and 300 students that have been elected by the student body, UEA Students' Union is the voice for students on campus. As well as providing a range of advice and support services to help students, they also organize many events and themed nights, along with running many of the shops and other facilities on campus.

The SU is also responsible for the running of 200 clubs and societies that are open to all students.

The UEA Students' Union Pub and Bar has recently undergone a £1.2 million refurb, while there is a separate bar and other SU facilities for graduate students.

The SU also runs two extremely popular music venues both on-campus and in the city of Norwich, regularly hosting live music, club nights and events, including past performances from the likes of Ed Sheeran, Coldplay, Muse, Skepta, and The Who.

Students regularly mentioned how creative and approachable the students' union team were, as well as praising the events that they organised.

A great way to meet new people and settle in, at UEA there are over 200 clubs and societies open for students to join, focusing on everything from climate change to basketball. For students looking for alternative clubs to join, the UEASU can help them start up their own, although with such a huge selection already available, there is rarely a need.

Student reviewers were highly impressed with the diversity and inclusivity of societies available for them to get involved with, including some of the more niche choices that many other universities may not have available.

Sports clubs hold trial days for anyone looking to make the university’s teams and take on other institutions in friendly competition, although anyone who doesn’t make the first teams will still be accommodated, inclusivity is a big part of every club at the university.

UEA’s campus is less than three miles from the centre of Norwich with plenty of transport options to get into the city. Norwich packs a lot into its streets, with a charming city centre providing all the high-street favourites and lots of independent options tucked away on the cobbled streets of the Norwich Lanes, too.

Bars and pubs, cafes and restaurants are all abundant, and for students fascinated by history or architecture (or both), the city boasts over 1,500 historic buildings that can easily be visited on foot.

For those wanting to get into the great outdoors, Norwich is surrounded by Norfolk’s beautiful East Anglian landscape — and if it’s the hustle and bustle of the big city that appeals, London is just under two hours away by train.

Students find the city to be busy and friendly, where there is always something going on. Many also feel that the campus atmosphere is a great place to unwind.

Can't make this one? SEE ALL UPCOMING EVENTS AT THIS UNI

Your enquiry has been not sent.

You've exceeded the number of times you can contact this provider through Whatuni. Soz.