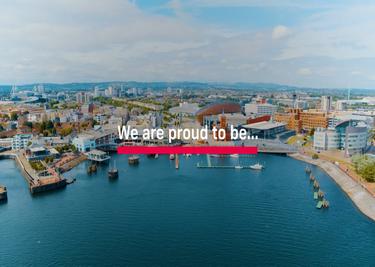 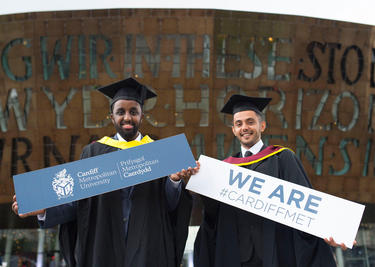 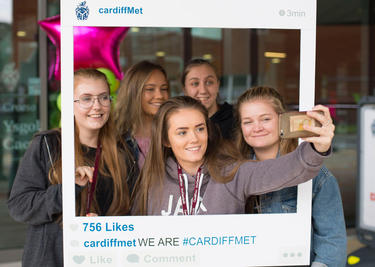 The Cardiff Met Students’ Union (SU) has two Executive Officers (President and Vice President) and five Academic School Representatives. Course reps are also appointed for each undergraduate degree. Through the UMAX initiative, the SU offers students the opportunity to attend a range of free workshops delivered by industry consultants, aimed at providing additional skills and training, as well as a Job Shop for part-time work.

SU Sport is run by the Students’ Union and it provides and supports over 25 different Sports Clubs which compete in BUCS. Pinnacle Campus Sports offers friendly participation opportunities across campuses in a range of sports.

“The students union is awesome.”

There are several societies and clubs that you can join which are separated into different categories, including charity, nationalities and beliefs, political, hobbies and subjects. It’s also possible to start your own society if none of the existing ones appeal. The Students’ Union supports new societies with up to £100 in funding, continuous advice and support and use of facilities. Societies need to have 10 people interested in order to start; you can post your ideas on a union forum to garner support. There’s no limit on how many societies you join.

Reviewers rated the societies highly for their affordability, variety on offer and the events that they held on a regular basis.

“Clubs fab, not involved in societies but they are good!”

“Such a wide variety which caters to everyone.”

As the capital city of Wales, Cardiff has lots of things to do for both students and the general population. It has been voted as one of the best places to live in the UK by various brands including Lonely Planet and Rough Guides. Student reviewers also regularly praise how much they can do in the city, with the night life in particular getting regular mentions.

There are hundreds of restaurants, both big name chains and independent eateries, with plenty of food festivals, bars and clubs. Sports fans will enjoy the world-class sporting facilities which can be found in the city centre including the Principality Stadium (international rugby) and SSE Swalec (international cricket).

Music fans are served by a range of different venues, including St David’s Hall, the Motorpoint Arena, Clwb Ifor Bach and of course big-name stadium tours at the Principality. Cardiff has some of the largest parks in the UK, but is also just a short drive away from both beaches and mountains.

Our student reviewers really love Cardiff, describing it as a friendly city with a strong sense of community where they feel safe – and also a place to have a lot of fun! The university placed 19th in the Whatuni Student Choice Rankings in 2019.

Your enquiry has been not sent.

You've exceeded the number of times you can contact this provider through Whatuni. Soz.